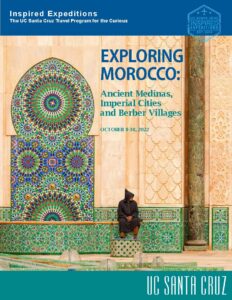 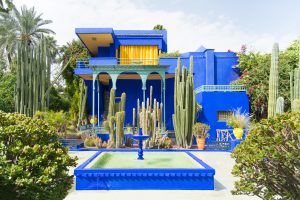 Morocco has captured the imaginations of visitors for centuries with its layers of rich history, vibrant mountainous landscapes, and bustling souks that are just as beautiful as they are chaotic. Join us and be immersed in the intertwined history and culture that fuses indigenous Berber traditions with Arab, Jewish, Andalusian, and European influences. Accompanying this program will be Dr. Alma Heckman, the Neufeld-Levin Chair in Holocaust Studies at UC Santa Cruz, and associate professor in the Department of History.

Our journey begins exploring the rich Jewish history in the port city of Casablanca with its burgeoning arts scene. Stop in Rabat, the country’s diplomatic center which appropriately reflects the many influenced that have shaped the city. As we drive to Fez, explore the imperial city of Meknes, once home to the grand Moroccan sultanate, and the ancient Roman settlement of Volubilis, whose outstanding collection of mosaic floors rival any in the world. Hidden in a valley surrounded by kaleidoscopic hills, Fez’s legendary labyrinthine medina has something breathtaking hidden around every corner. Travel along the Atlantic coast to sea-side town of Essaouira and learn about efforts to preserve the historic memory of its Jewish community. In Marrakesh, an ancient trading center, spend time discovering the city’s proud traditional artisan-ship. End the program exploring villages located deep in the High Atlas mountains and learning about the unique ways of life of Morocco’s native peoples, the Berbers.

Please note, all prices are for a standard, double room unless listed otherwise.

*Please note that this is an additional cost.

Independent flight from US to Morocco.

Arrive at Casablanca and transfer to the Sofitel Casablanca Tour Blanche Hotel.

Enjoy a light dinner at the hotel.

Begin exploring the port city of Casablanca with a visit to the Beth-El Synagogue, one of the largest and most beautiful in Casablanca.

Continue on to the city’s Jewish Museum, set in an attractive garden villa that once functioned as a Jewish orphanage. The museum traces the 2000 year history of Jews in Morocco.

At lunch, schedule permitting, we invite singer, scholar and oral historian Vanessa Paloma who is committed to preserving everything associated with Moroccan Jewish music.

End the day at the Hassan II Mosque, one of the only mosques in the country open to non-Muslims. This flamboyant building was built at enormous expense to commemorate the former king’s 60th birthday.

Enjoy a welcome dinner this evening at Rick’s Cafe, designed to recreate the bar made famous by Humphrey Bogart and Ingrid Bergman in the movie classic Casablanca.

Depart Casablanca early, stopping in Rabat to stroll through the cobblestone alleys of the millenium-old Oudaya Kasbah, the former lair of Barbary Coast corsairs. Visit Rabat’s Jewish cemetery with its tombs and inscriptions of important saints, such as Eliezer de Avila and Chalom Zaoui.

Drive east to explore the Imperial City of Meknes, a UNESCO World Heritage site and the 17th century imperial capital of Morocco, offering a fusion of color, culture, and history.

After lunch visit the vast ruins of Volubilis, Rome’s commercial capital for the region and home to an extraordinary collection of mosaics.

At the end of the afternoon arrive at the fabled city of Fez, Morocco’s 1,200-year-old spiritual capital. Check into the Palais Farai, a graceful 17th century palace located on the edge of the medina.

Enjoy dinner at the hotel this evening.

After breakfast spend the day exploring Fez, the country’s ancient spiritual capital and only medieval Arab city completely intact. Begin the day at the Arab Language Center in Fez with a discussion about preserving the Medina of Fez with Naima Lahbil, professor of Economics at the Faculty of Law. After the discussion, stop in at the Glaoui Palace where you can sense the former grandeur of a feudal palace.

After lunch at Les Jardin des Biehn, continue exploring Fez. Marvel at the Fez water clock, the oldest form of time keeping in the world, finished in 1357. Stop at the house where Miamonides, a great Jewish teacher, physician, and philospher once lived. Explore Nejjarine Square, built in the 18th century Andalusian-style, and its corresponding museum that displays traditional Moroccan woodwork.

Continue on to Al-Karaouine University and its mosque, regarded as the oldest continuously used center of learning on earth and just one of dozens of medieval madrasas, or religious schools, found in Fez. Visit the Qarawiyyin Library, recently restored by Fez native and architect Aziza Chaouni.

Enjoy dinner at a local restaurant.

This morning begin at the ancient leather tanneries whose dying vats have endured for centuries.

Continue on to a special visit at the American Fondouk, a unique nonprofit organization dedicated to the welfare of the hard working donkeys, mules, and horses of Morocco.

After lunch, accompanied by documentarian Yourness Abeddour, explore the city’s Mellah. Here, around 1438, after one particular extreme attack, the Sultan moved the city’s Jews to a walled neighborhood near his palace.

Close by is 17th century Danan Synagogue, named for a rabbinical family that goes back 50 generations. The nearby Slat Al Fassiyine is an equally exquisite 17th-century synagogue named and created for the residents of Fez.

Take pause at the Jewish cemetery whose graves, only recently fully cataloged, are spread over a large sloping plot where notable rabbis are set off in a separate section. You will see offerings (including olives and fruit) left for Sol Hachuel, a Jewish female saint whom both Jews and Muslims venerate for her defiance of forced conversion, one of several examples of such shared worship that is specific to Morocco.

Adjoining the cemetery is Edmond Gabbay’s Jewish museum. One of less than 100 remaining Jews of Fez, Mr. Gabbay, 81, has made it his mission to collect and display the goods and chattels the Jews left behind: the passports and report cards; the eye charts and baskets spilling over with prayer shawls. His mission is driven by fear that without tangible signs, people might forget who the Jews were in the city.

This morning, visit Sefrou to meet Jessica Stephens of Culture Vultures who is opening the new Museum of Multiculturalism (SMM) in the heart of the Sefrou medina (a UNESCO world heritage site). The museum will present a diverse representation of the many cultures that have passed through the Fez/Sefrou region over the centuries. Meet the local craftspeople and through conversations, learn more about their traditional lifestyle.

After a home-prepared lunch, drive 30 minutes to the airport in Fez for your flight to Marrakesh.

Upon arrival in Marrakesh, drive to the enchanting town of Essaouira located on Morocco’s Atlantic coast whose name means “little picture”. It is a painter’s dream location, with a vibrant blue-and-white “medina” enclosed by fairy-tale, sand-colored ramparts and imposing stone gates.

Overnight and dinner at the Suites Azur which has succeeded in preserving the character of a traditional Moroccan house.

Discover Essaouira, established in the mid-18th century on the site of a 16th century Portugese fortress. It quickly became a major trading post between Africa and Europe. Explore this strategic port used by the Phoenicians, Portuguese, and Arabs and famous for its purple dye and Gnawa music.

Not far away is the crumbling Jewish Quarter established to extend the sultan’s protection to the city’s Jewish inhabitants. It has long been a symbol of tolerance, with Jews and Muslims coexisting in peaceful community. During the French Protectorate, Essaouira ceased being a major trading post, forcing families to migrate to larger cities. After the founding of Israel, the Mellah lost around 98 percent of its population and after the 1980s, the Jewish community abandoned the area.

Visit the newly opened Bayt Dakira museum (house of Memory) dedicated to the historic coexistence of its Jewish and Muslim communities. Situated in a former family home of a wealthy trader, the museum showcases objects donated by local families alongside stories of members of the Jewish community.

we hope to meet the staff from the World Monuments Fund whose documentary “The Untold Stories of the Jewish Quarter of Essaouira” documents this vanishing history with the goal of recording and creating awareness of Morocco’s cultural plurality.

Head just out of town to the Bbio organic farm where owner Khalid will share his ingenious farming methods. Afterwards enjoy a leisurely alfresco lunch lounging on Berber rugs.

Continue on to the Marrakesh and head straight to the Maison de la Photographie with its extraordinary collection of 3,500 photographs about Morocco between 1870 and 1950. Sip mint tea at the Maison’s secret rooftop cafe which offers the highest, sweeping panoramic views of Marrakesh.

End the day at the Djemaa el-Fna square, a UNESCO World Heritage Site. By late afternoon the square becomes an open-air theater as it begins to fill with food vendors, water-sellers with fringed hats, henna tattoo artists, monkeys and oboe-playing snake charmers.

Begin learning about Marrakesh at the beautiful 12th century minaret of the Koutoubia Mosque – Marrakesh’s iconic landmark – visible for miles around. Proceed to visit the Bahia Palace, a prime example of Moorish-Andalusian architecture.

Accompanied by an English anthropologist, visit the Slat Al Azama Synagogue, one of the last functioning synagogues in the Mellah.

Lunch has been arranged at the AMAL Restaurant which is run by the Amal Center, a non-profit organization dedicated to the empowerment of disadvantaged women through restaurant training and job placement so that trainees can achieve economic and social stability.

Enjoy an excursion to the Ourika Valley, a lush expanse of terraced fields and forested hillsides in the foothills of the High Atlas Mountains.

Stop at a local traditional village to learn more about Berber life and their farming techniques to provide their families with a year-round food supply as rich as it is diverse. Visit the Cooperative Tifawin, a women’s rug cooperative who create one off designs in a remote and beautiful location.

Enjoy lunch in the delightful gardens of Bab Ourika, perched on a hilltop against a soaring backdrop of the tallest mountain in North Africa.

Return to Marrakesh for some free time before a farewell dinner at a local restaurant.

Independent transfers to the Marrakesh airport for homebound flights. 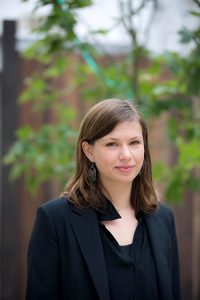 Dr. Alma Rachel Heckman is the Neufeld-Levin Chair of Holocaust Studies and Associate Professor of History and Jewish Studies at the University of California, Santa Cruz. She specializes in modern Jewish history of North Africa and the Middle East with an interest in citizenship, political transformations, transnationalism, and empire. Her first book is The Sultan’s Communists: Moroccan Jews and the Politics of Belonging (Stanford University Press, 2021). 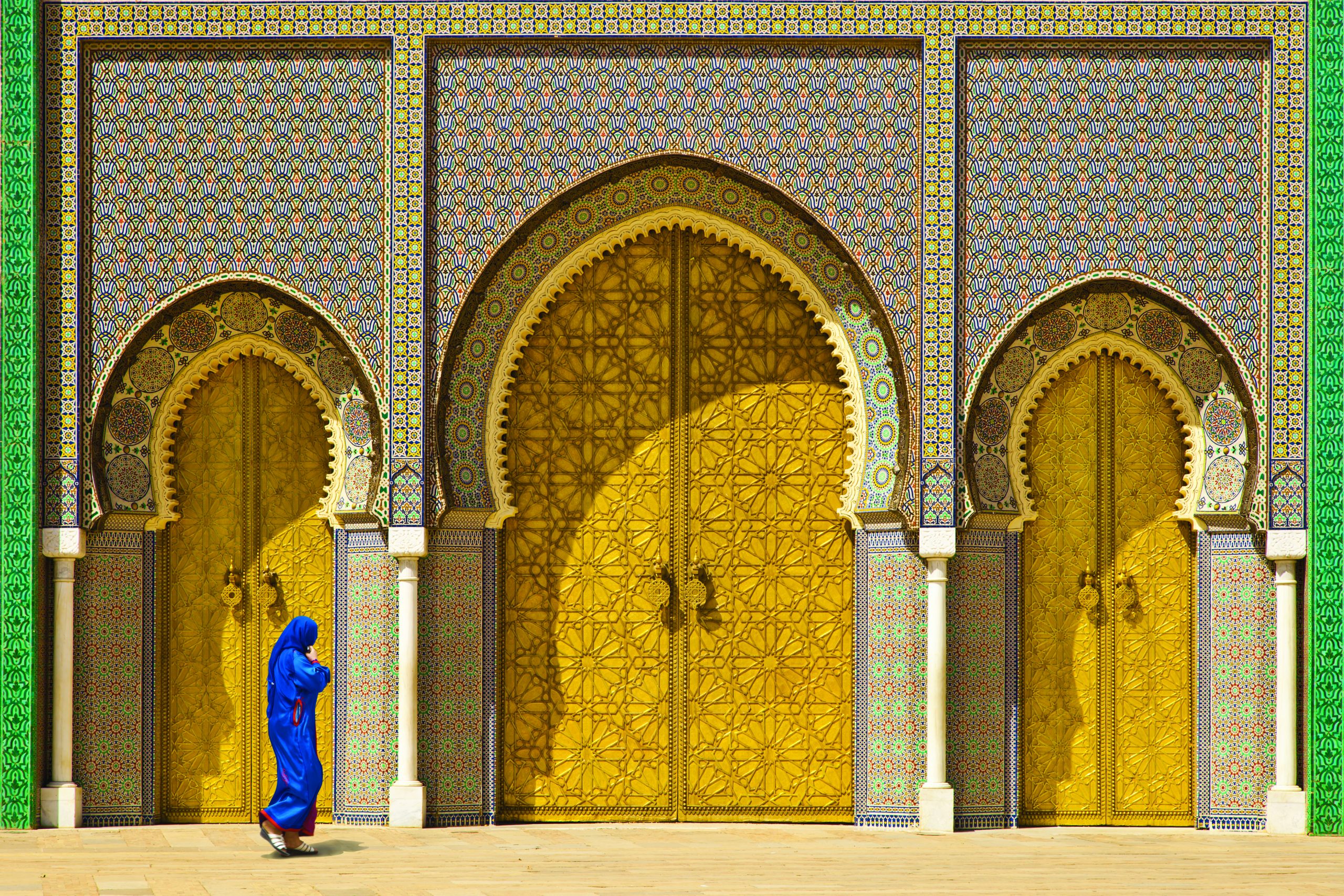 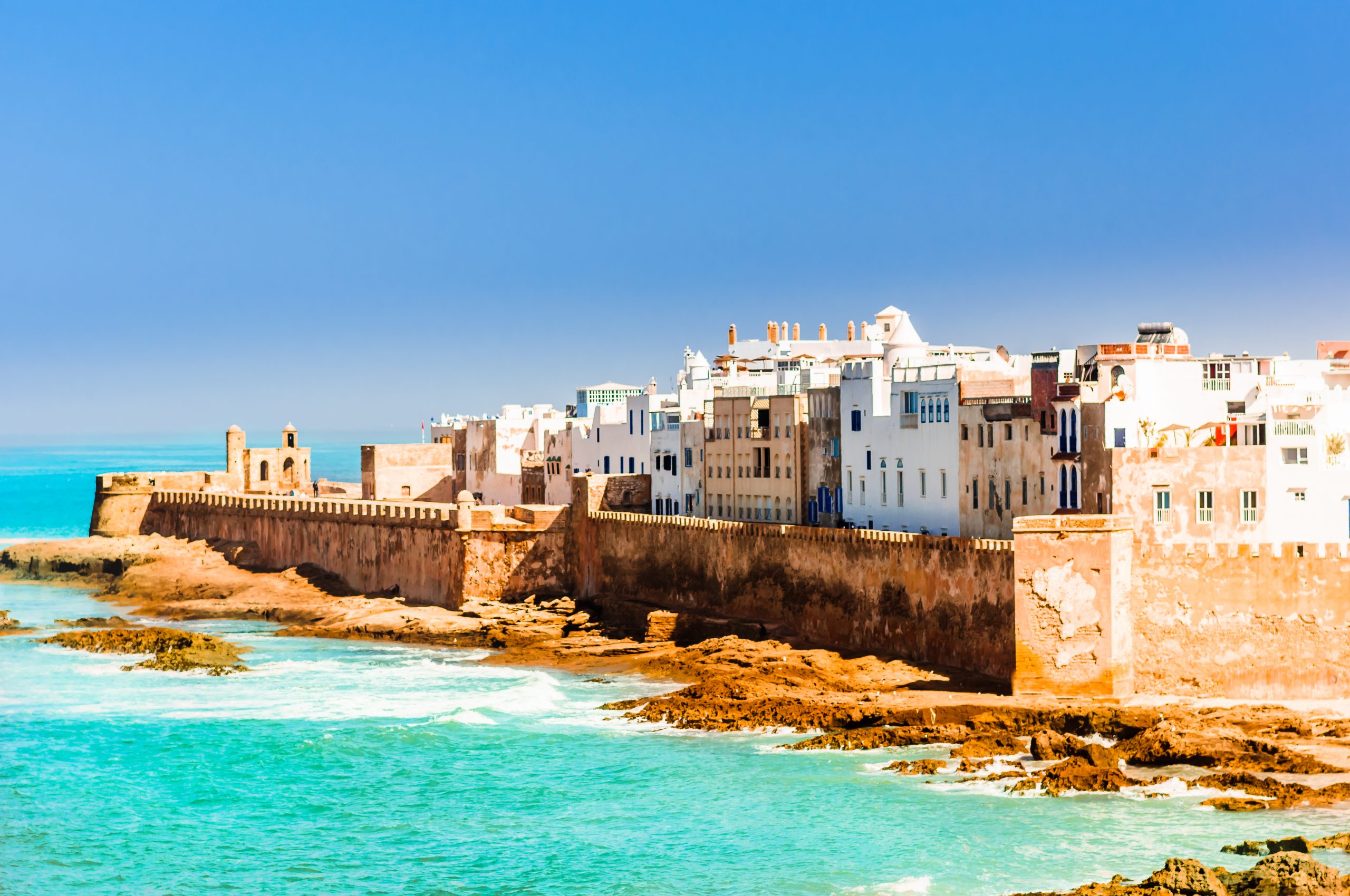 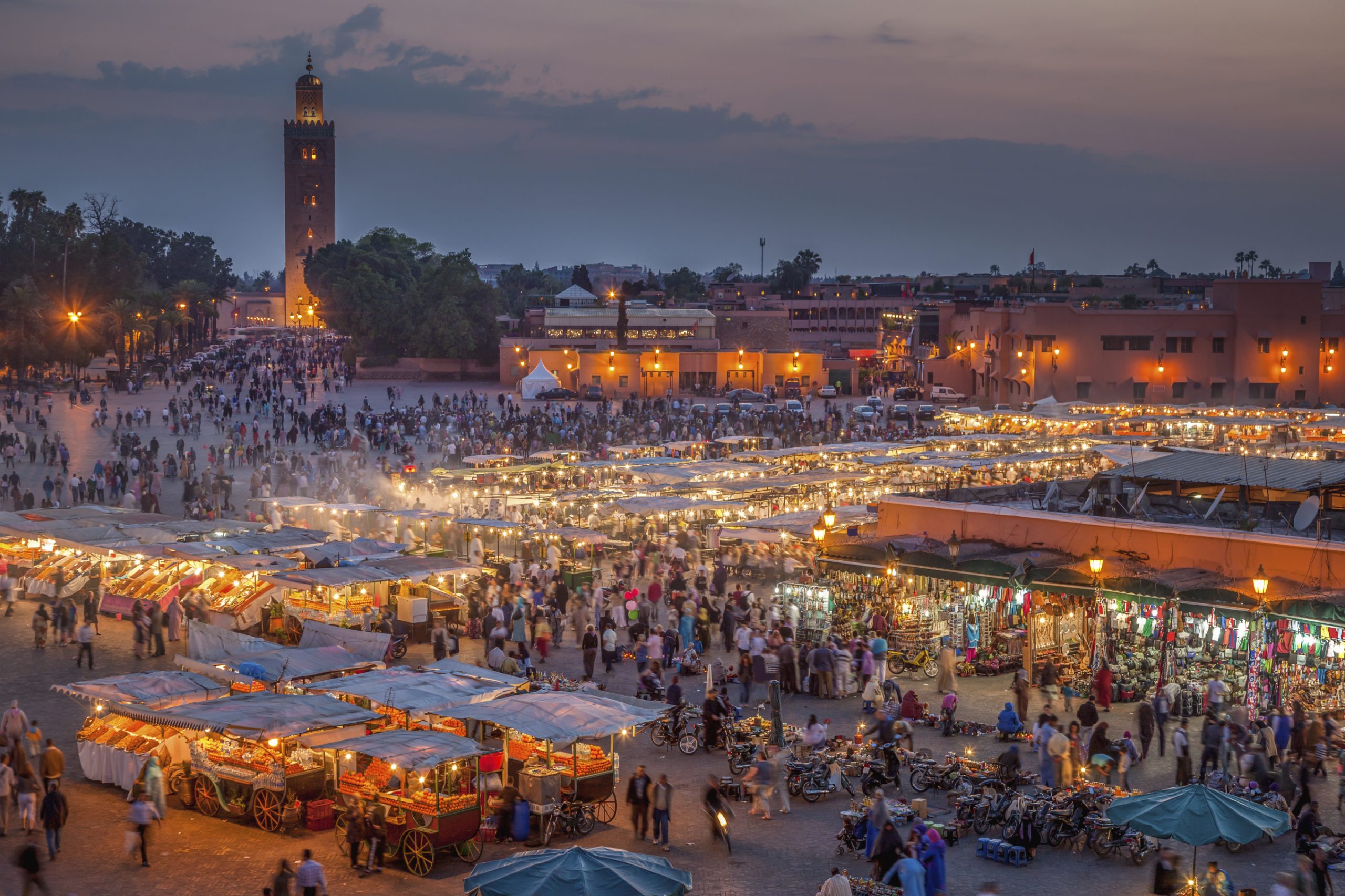 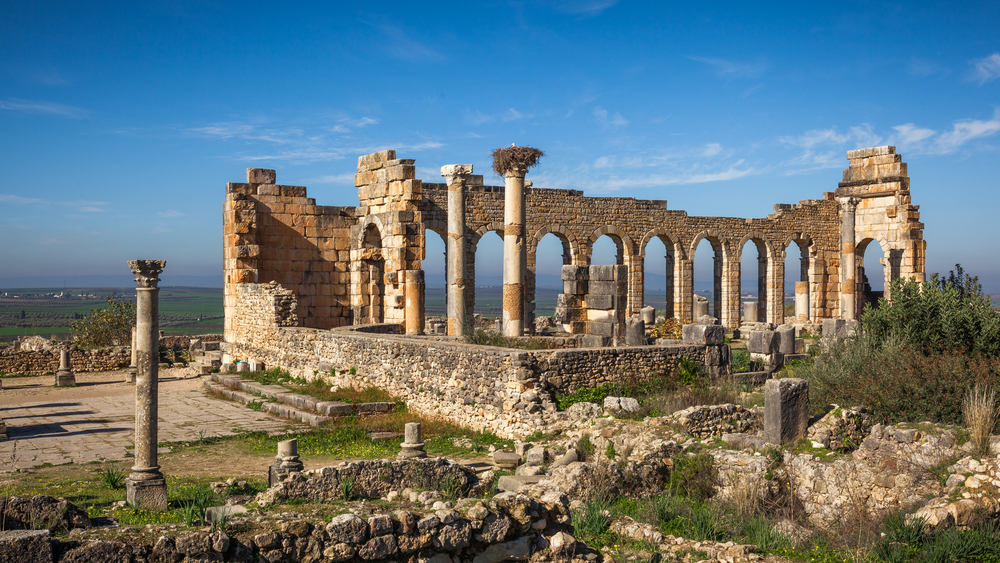 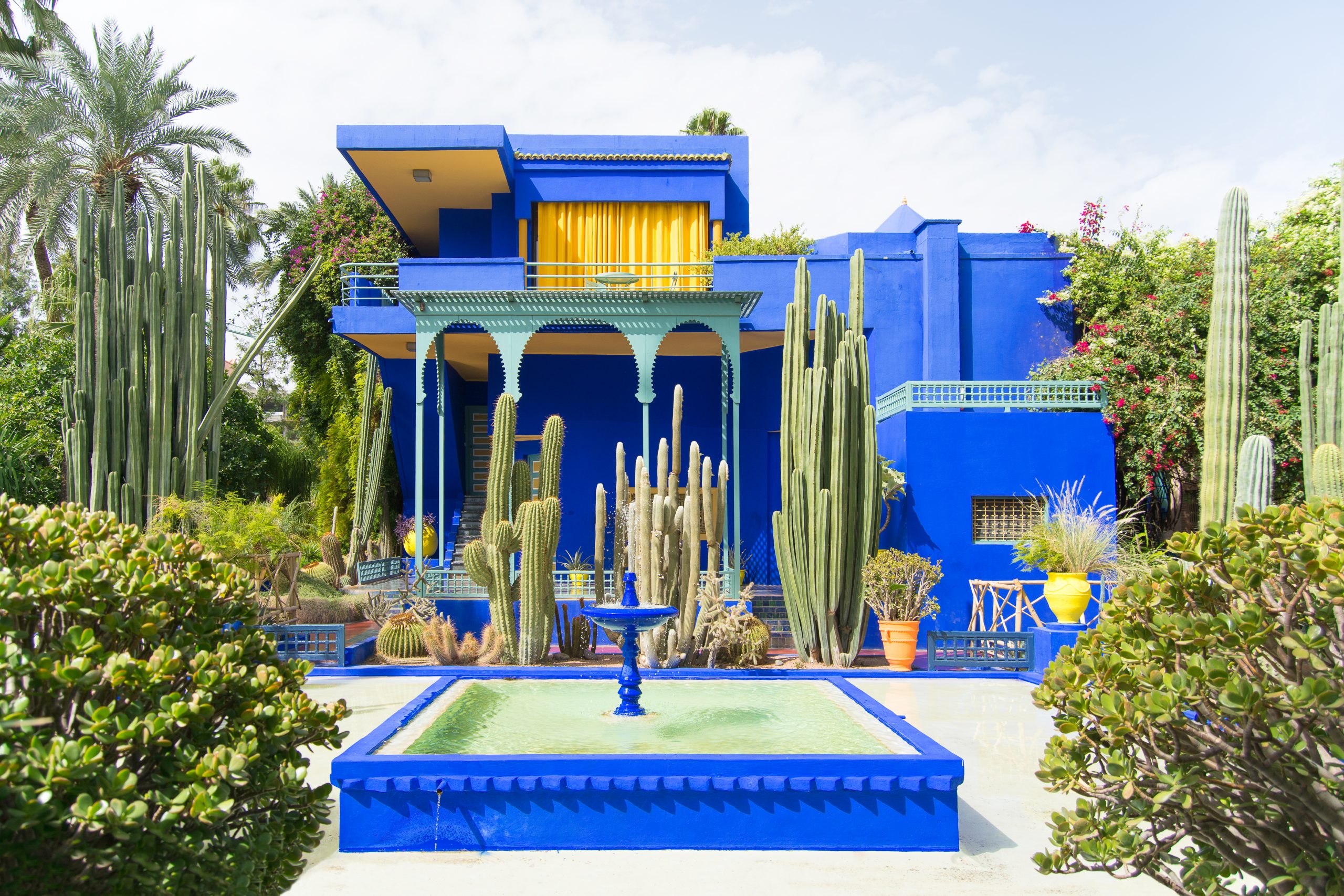 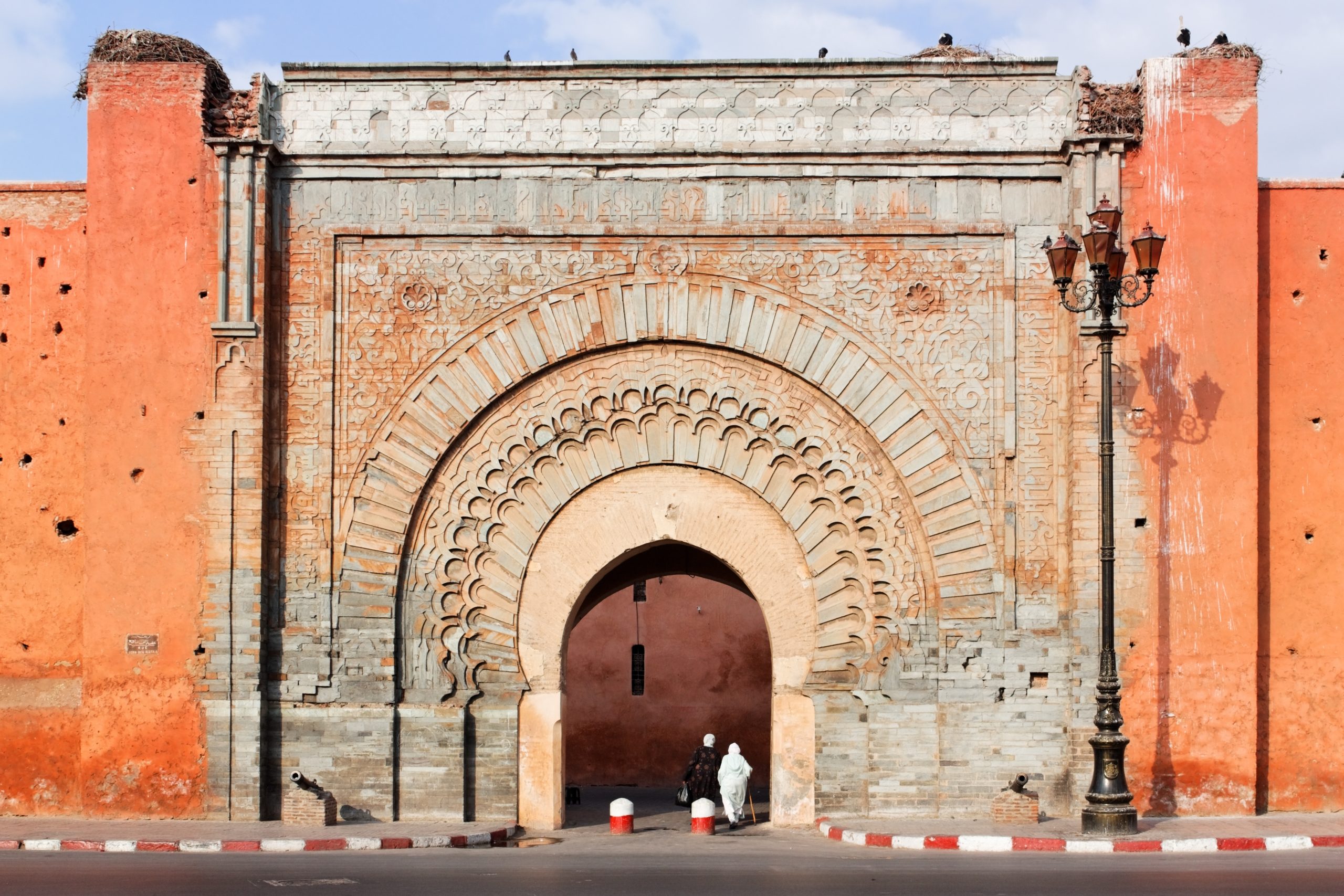 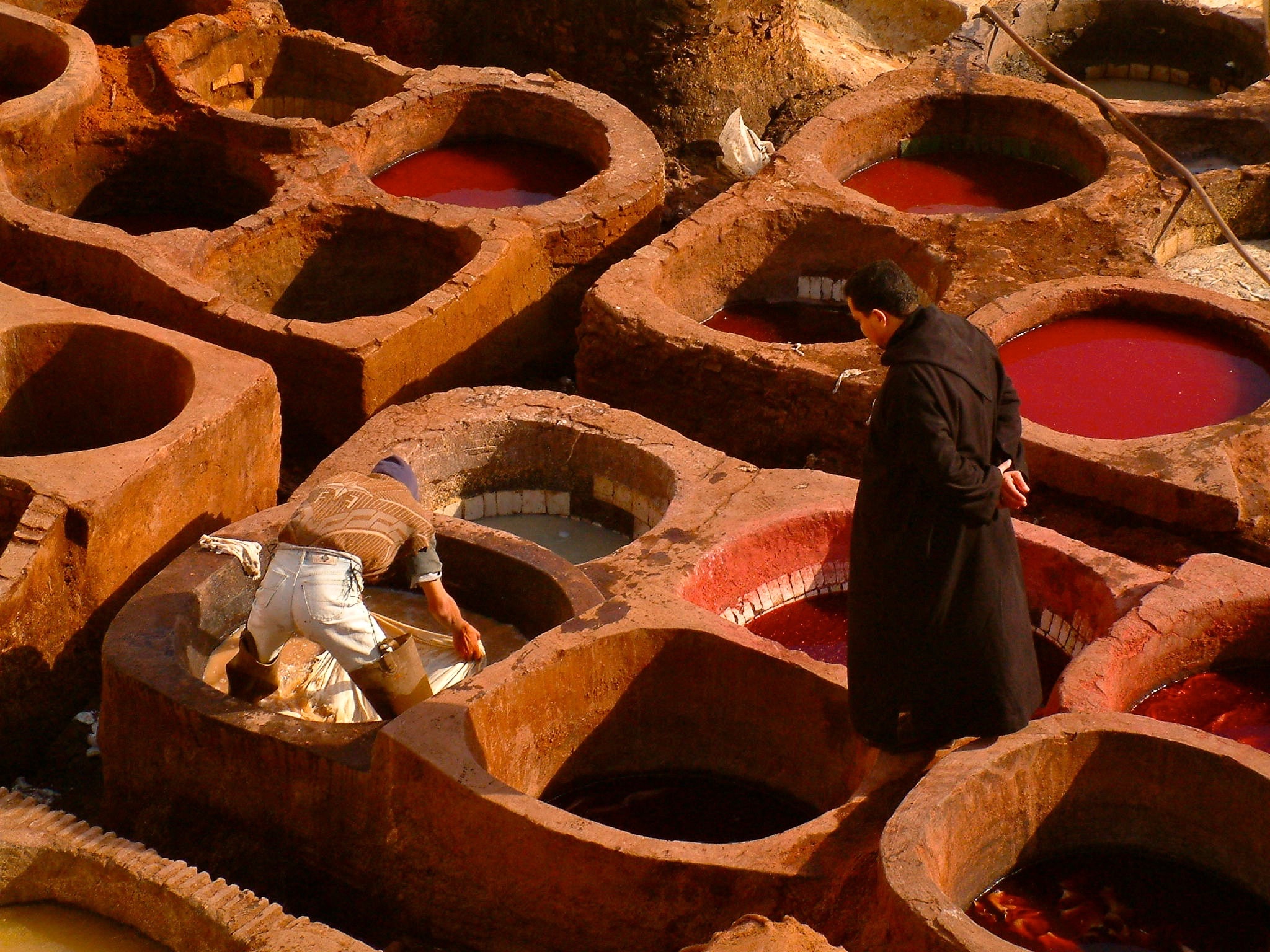 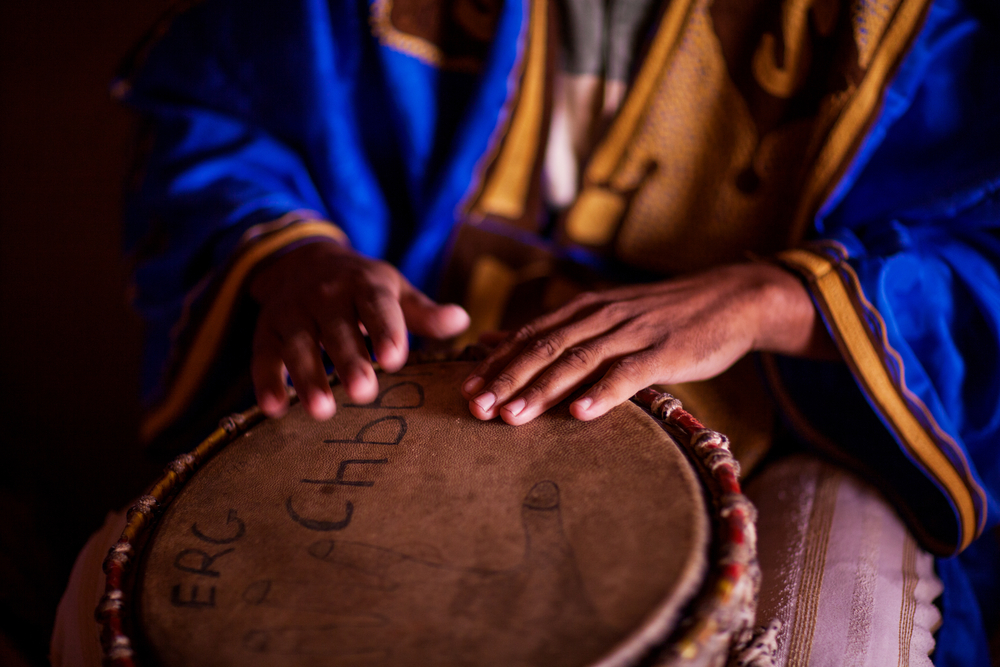